A mystical lake, an animated sky.

A love undefined, and I watched time go by.

The way the sun shone on the water,

How I wish, your love shines on me above.

Just like this lake was once frozen and is now afloat,

One of my favorite memories from the recent Ladakh road trip, is the visit to the breathtaking lakes.

Ladakh, the land of mountain passes. A cold desert surrounded by mountains. When one hears this description, one doesn’t really expect the area to have lakes. Well, Ladakh has quite a few! Tso Kar, Mirpal Tso, Chagar Tso, Kiagar Tso, Kyun Tso, and of course the famous Pangong Tso and Tso Moriri. (The word Tso translates to “lake”).

I believe there are a few more, and I hope to spend some time on each of the lakes of Ladakh, but this post is about Pangong Tso and Tso Moriri. These are the two lakes where we spent the most time at. We actually camped at both, and that was really fun! Especially Tso Moriri. Our tents were pretty unadorned and modest, and for me that’s the beauty of camping. Also it was really cold!

If you have been following my social media posts you’d have noticed that my recent Ladakh visit was a road trip with Scout My Trip, OYO and some fellow bloggers. After leaving from Delhi and eventually holding #HighestBloggerMeet at Khardung La, we headed to Pangong Tso from Hunder, and on this day the tone of the trip changed for me completely. On this day we crossed Chang La, which is one of the most difficult and hence thrilling mountain passes in the region. Crossing this pass while being in the Thar was quite an experience. The vehicle is perfect for offroading and that’s what this journey was! There are very few roads! In fact one of the SUVs in our caravan decided not to do this route because of the wear and tear the vehicle had already endured, and that was a great call taken by the Scout My Trip team. Throughout the trip they ensured that the safety of the group was paramount. Hats off to Vineet, Deepak and Dada. Unfortunately Vineet and Deepak had to miss Pangong. Hey V and D, hope the pictures make up for it!

The sheer beauty of Pangong Tso is that the lake changes colors as the sun changes its position. Hues of blue, green and aqua appear to dance on the surface of the water.

A view of the mighty mountains, lush green fields and deep blue water, is what Tso Moriri has to offer.

Pangong Tso and Tso Moriri are paradise for anyone into birding. In fact I will soon be sharing more pictures of the birds Karan, a fellow blogger and traveler, spotted. He is so good at it! This post has one picture of the Bar Headed Geese, which is quite a rare sighting.

If you are planning a trip to Ladakh, make sure you visit both these lakes and if possible, more of them. It is quite an experience, and trust me the views are so breathtaking that they cannot be captured in pictures perfectly. You gotta see it to believe it. In the meantime, hope you enjoy these pictures.

PS: Thank you Amit and Deepak for help with this post!

With the mighty Thar at Pangong Tso

The magical blues of Pangong Lake 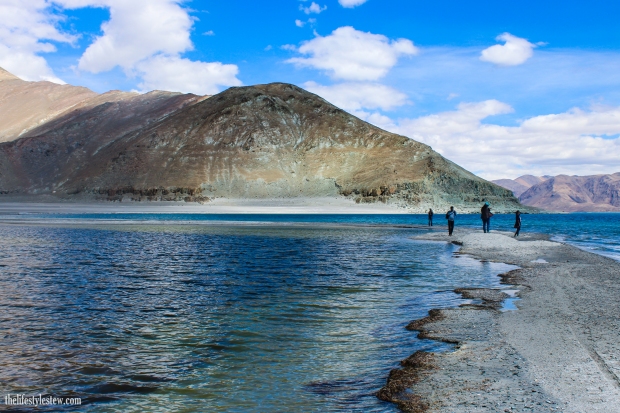 Walking along the banks of Pangong Tso 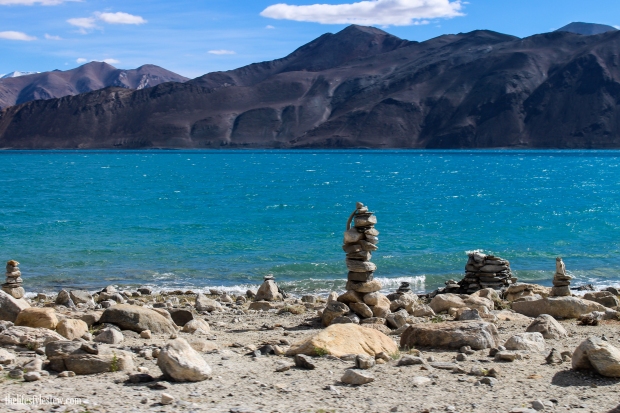 Cairns of stones, at Pangong Tso. Previously used as signs and landmarks in unoccupied lands, locals say that they are also known to bring good luck for travelers.

The savage Thar at Pangong Tso 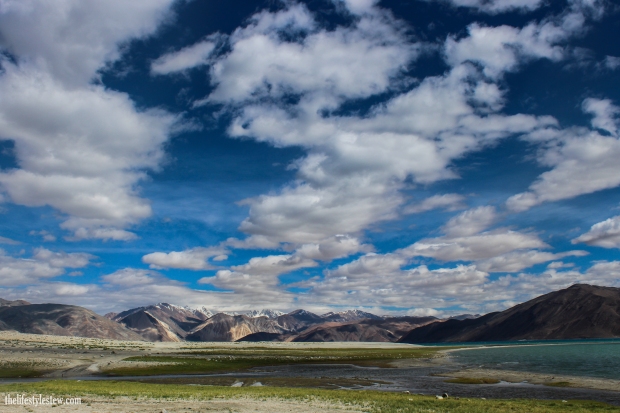 A riot of blue at Pangong Tso, Ladakh 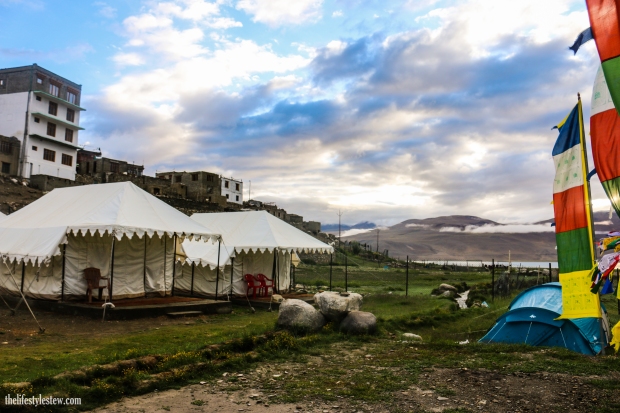 Our camp at Tso Moriri. It was so beautifully cold there! 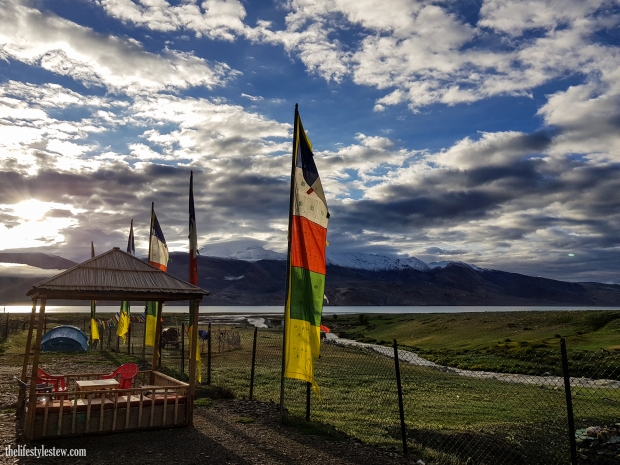 Tso Moriri and the adjoining area is stunning

A view of the snow capped mountains from Tso Moriri

The rugged Thar taking a much deserved halt at Tso Moriri

Join me on IG!